My project is best understod within the broad framework of cultural studies.  I see my task as a scholar to point out things that are “hiding in plain sight” in our cultural-historical geographies of discourse, circulation, meaning and action.

This is not a simple task of textual analysis, but instead a deeply consequential inquiry into the sources of certain cultural constructions and how and where they find force an effect in discourse, circulation, and exchange.  It is about media, of course, as the media landscape is the context where this all goes on.  But this particular project is also about particular media/mediations and their particular connection with the evolution of Protestantism as a central logic of North Atlantic modernity.  I’ll be arguing that Protestantism is of necessary importance if we are to understand how religions and mediations work–singly and in concert–in this mileu.

I’m starting with one object that is central to my evolving project.

One morphology of my inquiry would describe a kind of apogee of Protestant cultural hegemony in the United States (and it will of course be necessary for me to elaborate this complex and ambiguous history in some detail–probably using a series of objects).   That apogee–I might wish to argue and then elaborate along a series of lines of argument–was some time in “the 50s”.  That decade is rich in symbolism and in attributed social and cultural resonance for a variety of voices of greivance, lament, and resurgent “nationalisms.”  It matters in so many ways.

I have found a particularly delicious object to stand in for that apogee.  It is a special issue of Life Magazine, published in December, 1955, called “Christianity.”  I found it among my father’s affects–so it is also a link to him.  It is so rich and so fascinating, I could probably do a whole project just on it.  But it will also serve my larger project because it presents so many trajectories, “in” and “out” through which I can explore vital themes.

Here is the cover:

In this space I’ll be presenting more images from this issue as I explore its articulation of Christianity–and particualarly Protestantism–at a great moment of confidence.  It stands as a monument to bourgois consciousness at a specific–and singificant–moment in time.

Here is one of the potential “destinations” of this exploration–an image from a Donald Trump Rally.  I expect to be able to elaborate images such as this one in a more substantive way by describing how this gesture “makes sense” as a culmination of certain trajectories of value and action that cross in the mediation of American Protestantism.

And, I have an update underway exploring connections far out into the fields of global religion. To whet the appetite, here is an image:

*For now, I plan to structure this as a “mnemnosyne Atlas” composed of various conceptual “landing pads” across my notional grand narrative.  I’ll mark the transitions like this, expecting that each of these “gaps” will be filled as a go along.  I also intend to hyperlink the various “landing pads” to more substantive essays and evidence. 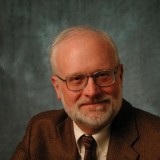